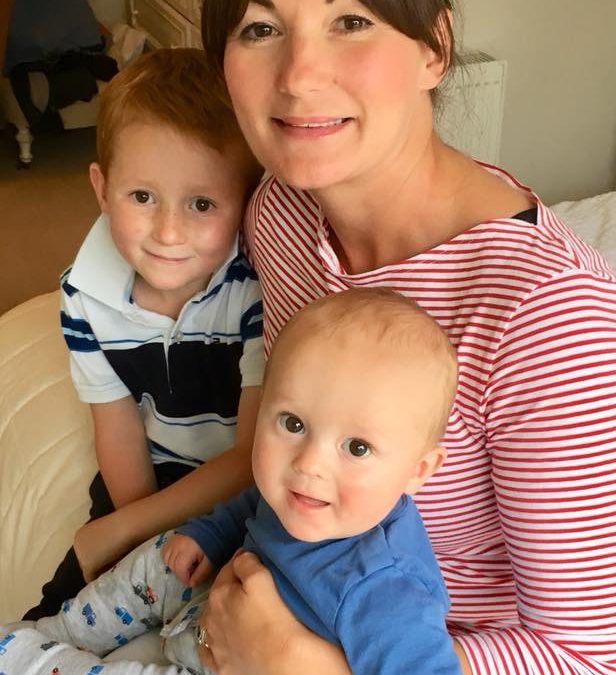 ‘I met Jane 6 years ago after recommendation from a friend. I had been diagnosed with polycystic ovaries in my 20’s and suffered from very irregular periods. I sought help from Jane when these became virtually not existent and my skin started to suffer with cystic breakouts. Prior to seeing Jane I had tried many different things including hormone treatments, acupuncture and diet as a means to control my symptoms. Unfortunately whilst some helped temporarily, it didn’t last.

Within a month of seeing Jane I had a period, the first in a long time and from this I started in a regular cycle. My skin dramatically improved, I had less PMT symptoms and overall I felt very well with lots of energy. Whilst I was not trying for a baby at the time, when we decided the time was right I became pregnant very quickly. Something which I always knew may be difficult with my history of polycystic ovaries. It obviously helped being in a regular cycle which reflexology with Jane had achieved.

After trying for a second baby 3 years later I asked for Jane’s help again. Whilst we had been only trying for 4-5 months, I had concerns about my age. I was 40 years old at the time and wanted to maximise our chances of becoming pregnant as soon as possible. I started a course of reflexology and was pregnant again within 6 weeks.

I feel very blessed to have 2 beautiful boys and I can’t thank Jane and her magical hands enough’.